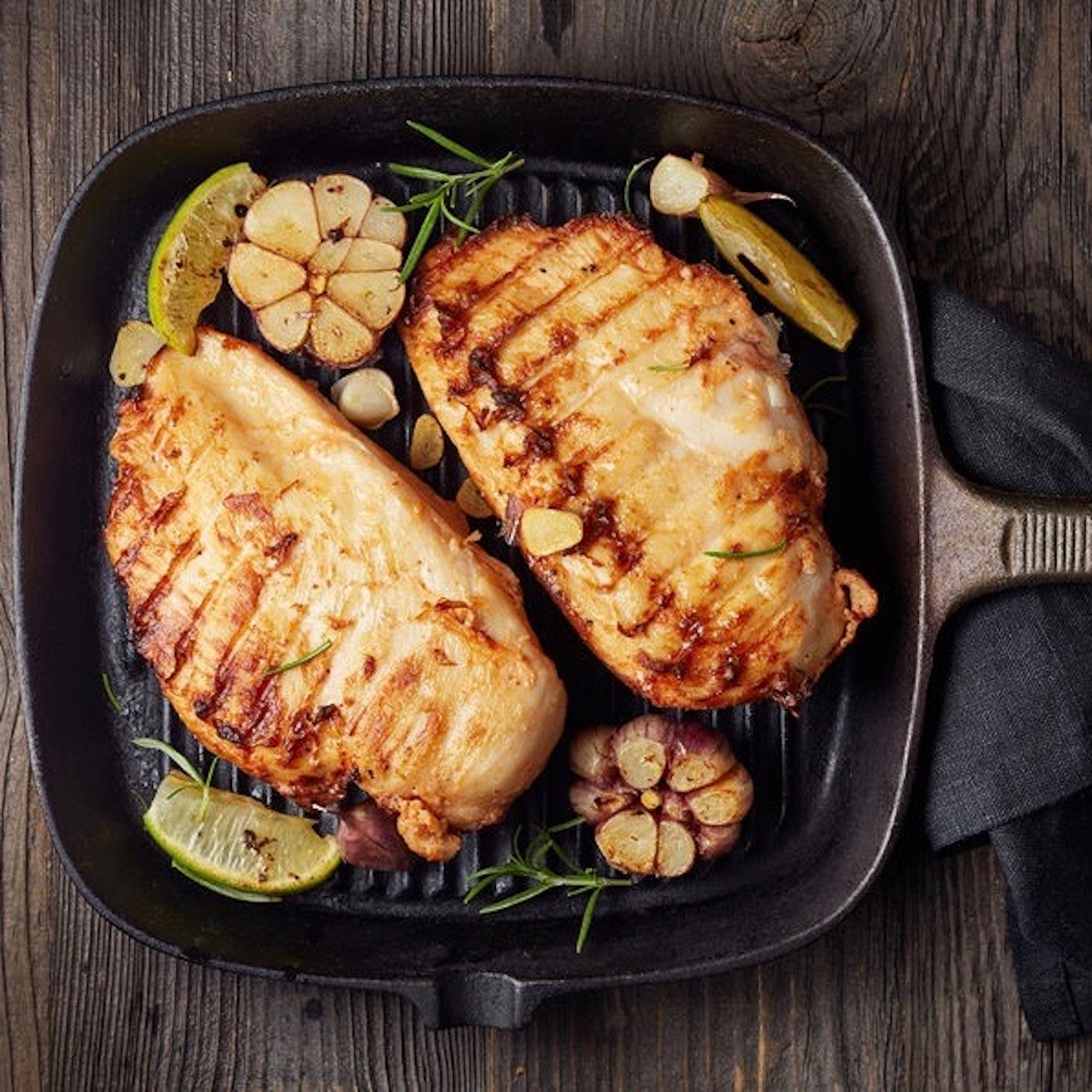 More Pan Roasting Mistakes & How to Avoid Them

Sometimes, when trying to make a quick and nutritious meal at the end of a long day, we tend to rush some steps.  We put a pan on the stove and throw in the meat.  And it sticks and sort of sits there and steams instead of searing.

I have a friend who asked for and received high end cookware for wedding gifts who told me that they hated it because their food sticks to the pans.  If you’re one of those people, read on.

The Fix – Heat it Up

When cooking on the stove-top, it is imperative to heat the pan and then heat the oil before introducing the meat.

When you put a piece of meat in a hot pan, the temperature of the pan drops because of heat transfer.  This temperature drop is exacerbated if your meat is cold, so take the meat out of the refrigerator a half-hour or so before cooking to let it temper.  The hotter you have the pan, the less time it will take for the heat to recover to optimum searing temperature (medium-high).

Here’s what you do:  put the pan over medium high heat for five minutes.  Drizzle in some neutral oil, such as canola or peanut, and swirl to coat the pan.

Wait until the oil just starts to smoke, pat off the meat (dry is better), season with some salt (save the pepper for later—it might burn in the pan), and put the meat in the pan.

Don’t move it for a minute or two.  When the sear is finished, the meat will release from the pan, so don’t go trying to move it if it’s stuck.  It will unstick itself when it is ready. Turn the meat and sear the other side before putting the pan in the oven.

P.S., Once I taught my friend to preheat her pans, her sticking problem magically disappeared, and she loves her pans!

Many of us are a little timid when it comes to using high heat.  We think that high heat is for the grill outside; that high heat cooking inside will make the smoke detector go off and burn our food.

While this can be the case if you’re not paying attention, there are some very good reasons to use higher heat when trying to achieve a good sear.

The Fix – Turn up the heat

In order for meat to get the optimum, deep brown-but-not-black sear that gives us so much flavor, it has to be exposed to temperatures between 300° and 500 °F.

It also should be done quickly, and starting at a lower temperature will just let your meat steam instead of sear.  If you’re worried about the smoke detector, open a window, crank up the heat, watch carefully, and turn the meat when it has reached the desired color.

You’ve worked really hard to get a good sear on the meat using high heat.  You think, “Wow, that was really high heat, I’ll put the oven on at 250°.”

While this will get the job done, everyone is sitting around waiting for dinner to happen.

The Fix – Turn up the Heat

The whole point of pan roasting is to get the food from the stove to the table in a reasonable amount of time.  As I said before, a cooler oven will get the job done, but it will take longer.

I don’t know about you, but I will admit that I have removed a pan from a hot oven, turned to do something else, then turned back to the pan, noticed that the handle was sticking out over another pot, and without thinking, moved the pan.

Then, I get burned.  Don’t let this happen to you.

The Fix – A Well-Placed Towel

Professional chefs are used to taking pans out of the oven, so they know how to keep safe.  We home cooks, on the other hand, are new to the whole pan-from-the-stovetop-to pan-in-the-oven cooking procedure.

We are going against years of hold-the-pan-by-the-handle training.  I can promise you, even if you tell yourself, “This pan is hot.  I will be careful,” you can find yourself on auto pilot, reaching for the pan to make a sauce.

Take a cue from the professional chefs.  Get in the habit of draping a kitchen towel or potholder over the pan.  This is a signal to yourself and to others in the kitchen that the pan is hot.

Some manufacturers even make tailored handle covers to slip on once the pan is out of the oven.  If you’ve lost yours, please use a towel.