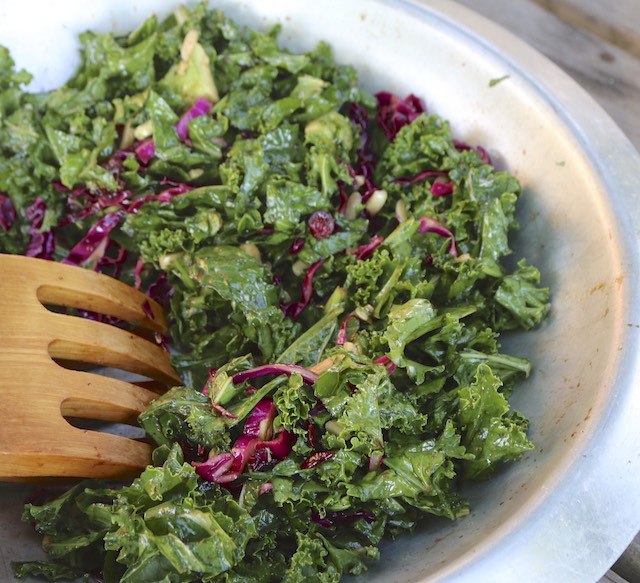 When Did Kale Become So Popular?

Kale has become wildly popular in the last decade, now available in the form of smoothies, chips, salads, and more.  Some people live by it and some people just like to make fun of those who live by it.

But where did it come from and why did it become so popular?  And now how can I become part of this growing food group?

Rumor has it, kale was brought to Europe years and years ago, where it played a huge role in those regions.  It was also grown by the Ancient Greeks and Romans believe it or not.

One of kale’s superpowers is that it is not affected by frost, which allows it to grow in these colder regions and likewise can be served all year around in your local SweetGreen.

However, health conscious foodies in the United States did not rediscover kale or bring it back into style, as some might suggest. Other countries like Germany, the Netherlands, and Scotland have been celebrating kale in their cultures for a long time.

In the last two decades, kale’s reputation has spread from just a staple of the farmer’s market-goer’s shopping cart to its own brand in a sense.  You can buy the famous Kale shirts, give the name to your child, or even celebrate the national holiday.

But what is so special about kale?

Besides the fact that it is so easy to grow and grows so abundantly, even in the colder regions of the United States, there are many benefits to the leafy green that make it so popular.  Kale is low calorie and has no fat, with lots of nutrients like iron, Vitamins K, A, C, and calcium, and is great for detoxing.

Having all these health bonuses, you might wonder why we would not incorporate it into a daily diet.  One of the main reasons is that in its naturally grown state, kale is not very tasty and tends to be very tough and bitter.

For this reason, it is important to know how to prepare kale in order to make it a meal you want to eat.

How to Get Kale Ready to Eat

For example, kale is marketed in salads everywhere.  But for it to be an edible substitute to lettuce, you have to know the proper way to prepare it.

One thing that many people do not know, and why many people might be dissatisfied with their kale salad, is that it is important to massage the kale with some sort of oil-based dressing to make it easier to eat and less bitter.

Another popular way of preparing kale is to make a nice snack of kale chips, by putting them on a cooking sheet with some olive oil and salt and sticking them in the oven; again, you have to massage the kale with oil first.

Add some garlic to the ingredient list and you can sauté the kale to make a good side dish to any main meal.

Now that we have dinner, lunch, and a snack, how can we incorporate kale into breakfast?  Easy.

Add it to a fruit smoothie.  You would be surprised to learn that other than making the smoothie green, you will not notice the blended kale in your normal fruit smoothies.  And if you juice it first, you won’t even have a trace of leaf.

As you can see, kale did not just fall from the sky to become the newest food craze of the 21st century.  It is also not just a staple for vegans or millennials but for everyone.

There are many benefits to this green and there are many ways to enjoy those benefits.  In fact, in one Scottish dialect, the word kail means “food” and in Germany, there is a celebration just for eating cooked kale.

The United States might have just hopped on this kale train, but other countries have been riding it for a while, and now we understand why!