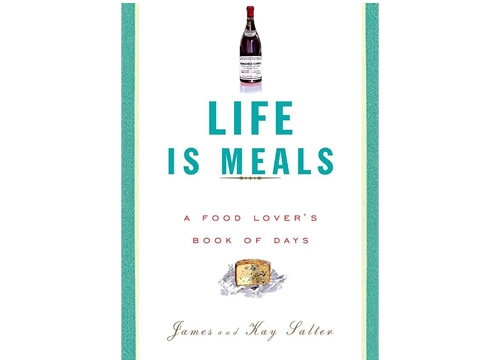 A Food Lover’s Book of Days

I love going to garage sales and town fairs to find old cookbooks at a fraction of the cost when new. I was at one this summer where they were selling as many books as you could fit into a cardboard box for 5 bucks. Now that’s a deal. Some of the books are in rough shape, especially the older ones, but some look brand new like they’ve never been opened.

I found this one, Life Is Meals by James and Kay Salter, and thought it was really old by the distressed cover but it turns out it was published in 2006. Other than the dirty cover, the book is in great shape and filled with “culinary wisdom, history, recipes, literary pleasures, and the authors’ own memories of successes and catastrophes.”

DESSERT – The word “dessert” comes from the French desservir, meaning “to clear the table” or take away what has been served. It has come to mean what is offered after a meal. In ancient times, this was fruit or cheese, still a very good choice, Platonic in its simplicity and difficult to pass up.

There is a entry for every day of the year and I find myself picking it up all the time to learn some new cooking tip or some brief historical fact about food. The very first entry is special to me. We often think of our daily meals as a means to nourish our bodies with the right amount of proteins and carbohydrates to exist but they are much more and I think if we looked at them as the Salter’s describe, the world would be a much better place.

The meal is the essential act of life. It is the habitual ceremony, the long record of marriage, the school for behavior, the prelude to love. Among all peoples and in all times, every significant evernt in life — be it wedding, triumph, or birth–is marked by a meal or the sharing of food or drink. The meal is the emblem of civilization. What would one know of life as it should be lived or nights as they should be spent apart from meals.

Life is Meals is beautifully illustrated by Fabrice Moireau, a graphic artist, illustrator and set and product designer with illustrations like this one 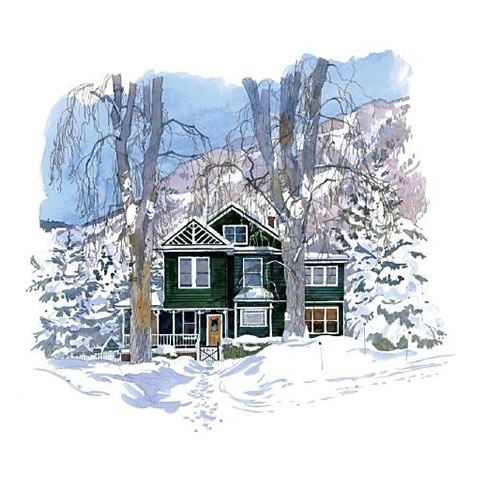 James Salter is an American novelist and short-story writer was born in my home state of New Jersey in 1925. He went to the Horace Mann School with classmates like William F. Buckley and Julian Beck. Later he became a career officer and pilot in the Air Force but left the service after his successful publication of his first novel call The Hunters. He tried his hand in film writing but is more recognized for his novels and short stories. I’m looking forward to reading some of his fictional work.

“Seedless,” in the citrus trade, doesn’t mean there are no seeds, but that there are five seeds or fewer per lemon, orange, or grapefruit.

Kay Salter is a journalist who has written for Food & Wine and the New York Times. They call themselves “amateur chefs and perfect hosts” and each wrote half of Life Is Meals. The research for this book is remarkable.

RULES FOR DINING – Brillat-Savarin gave as the four indispensables for a dinner:

You can pick up Life Is Meals in paperback at Amazon but if you want a hardcover like the one I have, you can find it at one of Amazon’s secondary sellers or you might get lucky and find a copy at a book fair. 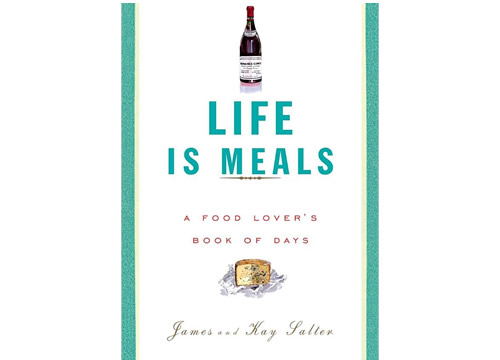