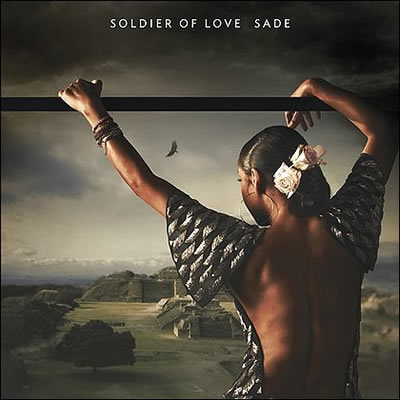 Not to date myself too much, but I remember when I was just learning how to cook back in the 80’s, an ex-girlfriend turned me on to the music of Sade.  We listened to her 1984 debut album Diamond Life endlessly while preparing special meals in her tiny studio apartment kitchen. Your Love Is King, Smooth Operator, Hang On To Your Love are ingrained in my head. When I hear them now, they bring back some fabulous memories.

With Valentine’s Day just around the corner, I wanted to let you know about Sade’s brand new album Soldier of Love that was just released. This is her sixth studio album in her 25-year history and the first since her Lover’s Rock album back in 2000.

When asked why so long, she replied, “I only make records when I feel I have something to say. I’m not interested in releasing music just for the sake of selling something.”

OK, I like that integrity and I like her music.  Susan from Epic Records was kind enough to send me a preview copy of her CD and I can tell you her signature sultry florid voice and ultra cool attitude come shining through. As Chris Richards from the Washington Post says,

“She’s plaintive and pining as the album opens with “The Moon and the Sky,” her own vocal harmonies following her like a sad shadow. “You had the keys to the car. You had every star, every one of them twinkling,” she sings, soberly blending the mundane and the cosmic.”

Sade, born Helen Folasade Adu in Ibadan, Nigeria, is back with the other original principals bassist Paul Denman, guitarist and sax player Stuart Matthewman and keyboardist Andrew Hale. They recorded Soldier of Love near her home in the countryside of southwest England. You can hear from the record they are still enjoying doing what they do 25 years later.

With two young kids at home who eat every dinner with us unless they are sleeping over at one of their friends, I’m not typically setting the atmosphere for a quiet romantic dinner. Saying that, my kids love to eat supper in the dining room with candles and we often have something playing softly in the background. Last night I turned the kids onto Sade by playing her new CD and they didn’t hate it. My wife and I loved it.