A classic French sauce named for the famous Bordeaux wine region in France from where it was first developed. I have looked high and low on the Internet to find an individual source to give credit for this sauce, but have not been able to find anyone.

What I did learn by researching this sauce is there are a lot of variations featuring a variety of ingredients. What they all have in common is a Bordeaux style red wine and I guess if you truly want to call it Bordelaise, it should be made with a French Bordeaux wine which is typically a combination of Cabernet Sauvignon, Cabernet Franc & Merlot grapes.

Why So Many Variations?

My guess is because this sauce comes from a region and not an individual chef, different families in the Bordeaux region made their own family variations, used Bordeaux wine and called it Bordelaise sauce.

One family used bone marrow, another didn’t.  One family finished the sauce with butter, another cream.  If you make a sauce using a  nice red Bordeaux wine and some demi glace, you have a Bordelaise.

Bordeaux is one of France’s premier wine regions. Ergo, “Bordelaise” in its most general form, refers to a wide range of dishes that incorporate wine, most notably Bordeaux wine. Bordelaise sauce is a classic French sauce made from brown sauce infused with shallots, bone marrow, herbs, and of course, wine.

Bordelaise sauce works particularly well with fillet mignon. (The actual cut of meat in its whole form is called the tenderloin. When cut into individual steaks or medallions it is then called fillet mignon.)

While being the tenderest cut of meat, tenderloin is not the most flavorful. Here’s where a Bordelaise can really shine. Employ a heartier red such as Cabernet Sauvignon or ideally, a Bordeaux. You don’t need an expensive one; just one that is good enough to drink.

Did You Know New Orleans Have Their Own Bordelaise Sauce?

Yes, they do but their versions are not too similar. Theirs feature garlic, parsley and butter but no red wine or demi glace.  I have no idea how they came up with their sauce but they serve it with steak, chicken, oysters and their famous escargot bourguignionne. 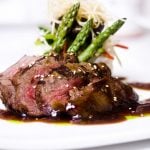 My Top Choices for Demi Glace 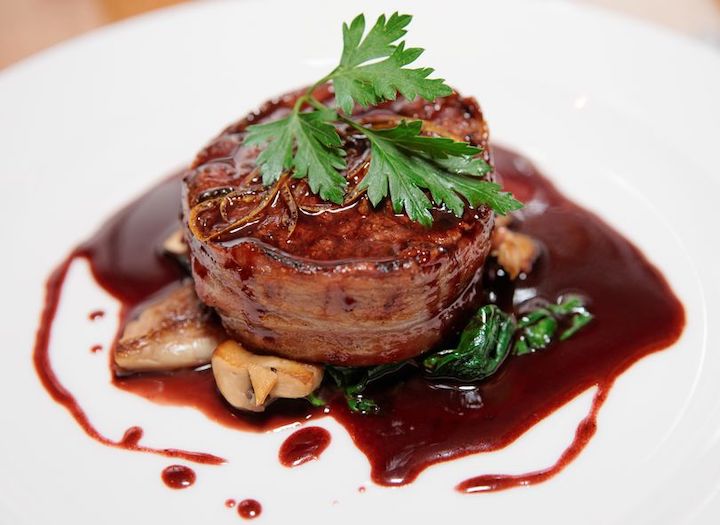 For those of you who do not want to make demi glace at home.

Demi glace is the most important ingredient for making classic "restaurant quality" brown sauces. All the great French brown sauces use demi glace. But it can also be used in soups, stews and braises. It's something you can make at home but it takes a long, long time to do it right and if you make one mistake, it can easily be ruined. Lucky for us, there are now some great sources for commercial grade demi glace and I want to share a few with you now. Everyone has their preferences so I suggest you give each a try to find out which product you like best.  Savory Choice's Demi Glace 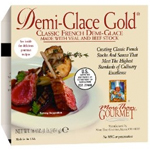 One of my first commercial demi glace products and still one of my favorites. For almost 25 years, More Than Gourmet has been the gold standard for flavor and quality when it comes to sauces, stock, and soup. This product comes in 1 pound tubs and 1.5 ounce pucks and even bigger sizes if you are a commercial establishment. I like buying 6 of the pucks at a time unless I'm doing a big party and need the pounder.