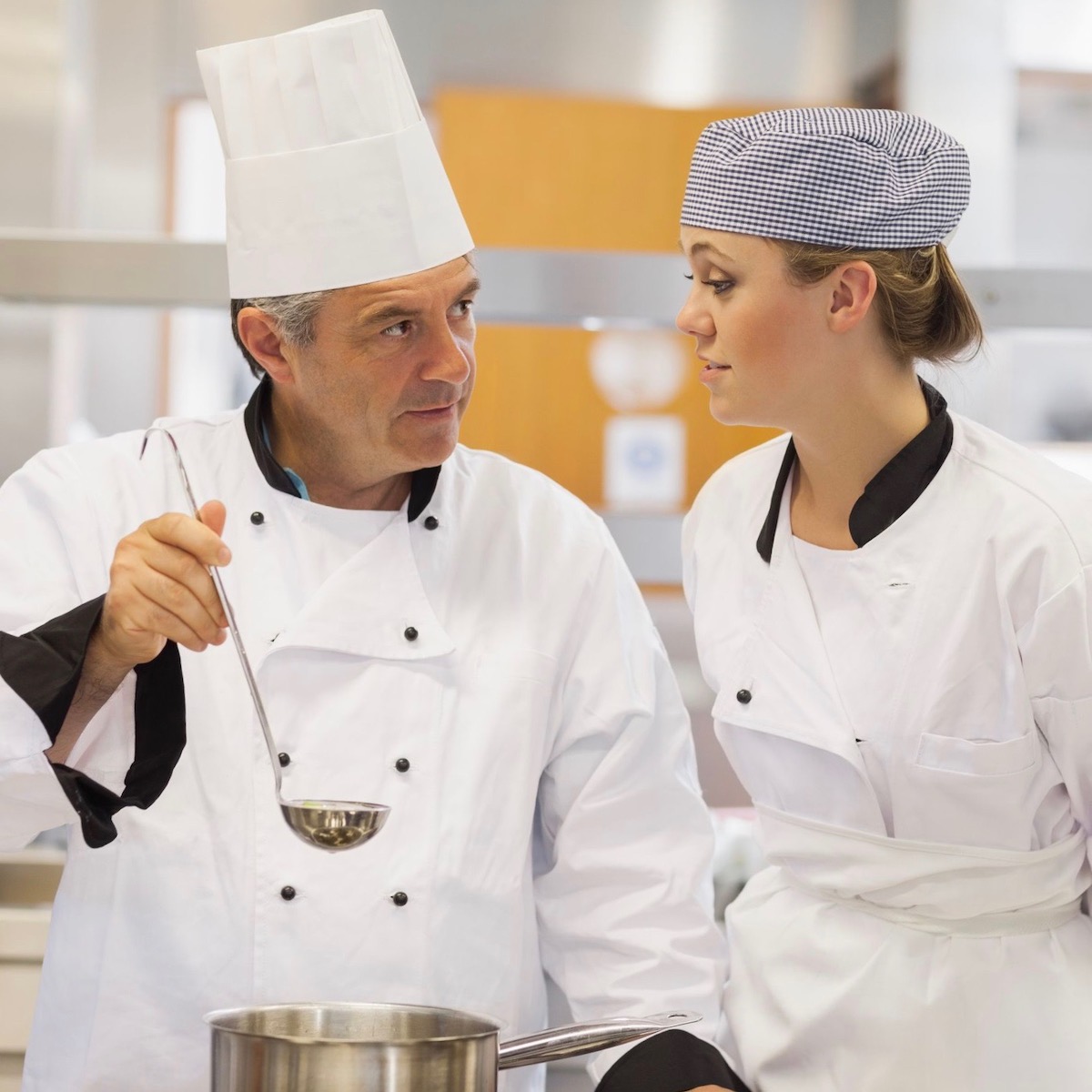 Do You Know The Difference Between a Professional Chef and a Cook?

To most people, a cook and a chef are the same thing. The two terms are used interchangeably to indicate someone working away in the kitchen, regardless of whether that individual is cutting vegetables or masterminding the entire menu.

For those who work in the culinary field, however, there is a big difference. Although there is no single professional organization that determines exactly who is a chef and who is a cook, most agree that the difference lies in education and experience.

If you have a culinary degree and/or trained under a notable chef and have moved up the ranks, you are typically considered a chef. If you simply dabble in the kitchen at home or are just starting out at the bottom of the restaurant totem pole, you are almost always considered a cook.

What Makes a Cook a Cook?

Most people agree that a cook is lower-ranking than a chef, and that chefs themselves vary in rank. For example, an executive chef is the top of the line, while sous chefs, chefs de partie, and other professionals might have the right training, but are still working toward their top professional goals.

If you still aren’t sure exactly what it is that makes a chef a chef, consider these qualifications:

A cook, on the other hand, can expect to:

There are some culinary institutions (including the American Culinary Federation) that offer designations and titles based on testing, work experience, and education.

Although many organizations and restaurants recognize these distinctions (and will boost your career accordingly), they aren’t required to be a chef or to be successful in your own culinary career.

In most cases, the cook is below the chef in terms of prestige, pay, and career development. However, there are instances in which this isn’t true.

Many home cooks or amateurs have skills and experience that surpass that of their chef counterparts; they simply may not make claim to the title.

In fact, many of the celebrity chefs we have come to know and love as a culture aren’t really chefs at all. Rachael Ray and Nigella Lawson are two of the biggest names in the culinary and Hollywood world, but both women profess that they aren’t trained chefs…and have never pretended to be anything other than cooks.

Self-trained, self-motivated, and never having worked in a long-term chef capacity (such as overseeing a restaurant), they are just two examples of cooks who have hit it big.

Read, Read and Read Some More

One of the best suggestions I have for anyone thinking of going to culinary school or just getting into the restaurant industry is to read everything you can get your hands on. Learn from professional chefs who have worked in the industry and those who have taught in culinary schools.
There are many great books available to get you started in your culinary education and I suggest you read as much as possible before making that big decision to make sure this is the right move for you. Below is just a sample of books you might be interested in checking out.
For a much more comprehensive list of books for aspiring culinary, baking and restaurant management students, I suggest checking out my post on books for future culinary students and chefs.

« Culinary School: Is it Better to Live on Campus
Mexican Chicken Tostada »