Here’s a “shortcut” meal that takes as long as it takes to cook 3/4 pound of penne pasta. It’s quick, easy, and delicious, and if there are any leftovers, you’ll have a great lunch the next day.

When I need to make something quick for my girls, this is one of the recipes I reach for especially since I usually have all the ingredients in the pantry.

The idea for this recipe originally came while my wife and I were on our honeymoon in Italy years ago. We visited my sister-in-laws friends who lived in Rome and invited us over for dinner.

They made this dish with Italian jarred Italian tuna, fresh artichoke hearts and olives that they just brought back from Sicily while visiting family.

As simple as this dish was, it was one of the best meals my wife and I had on our entire honeymoon trip and that’s including some very nice restaurants. I think it had something to do with being in someone’s home, sharing a meal with new friends and being on an adventure.

The reason I call it a shortcut meal is because I used canned artichoke hearts instead of fresh and I’m sure this pasta dish would even be better with fresh artichoke hearts, but I needed to prepare this in a hurry.

UPDATE 11/13/14 – I now like using frozen artichoke hearts that I pick up in our local supermarket or Trader Joe’s. I think they may be a little more flavorful.

There is really nothing to cook but the pasta. Oh yeah, I did sauté some garlic in the oil the tuna was packed in. The rest of the ingredients just need to be heated up while the pasta is cooking. 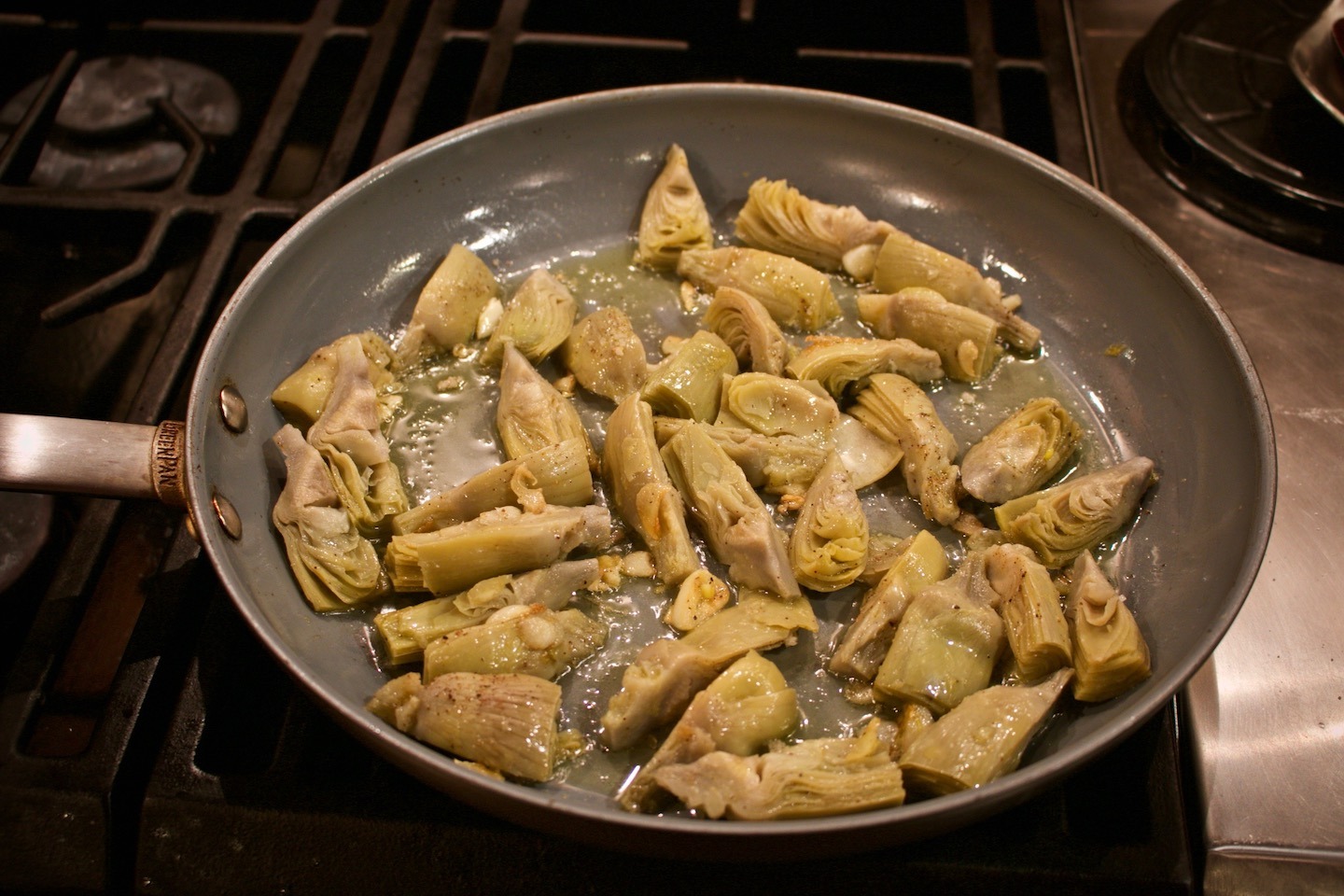 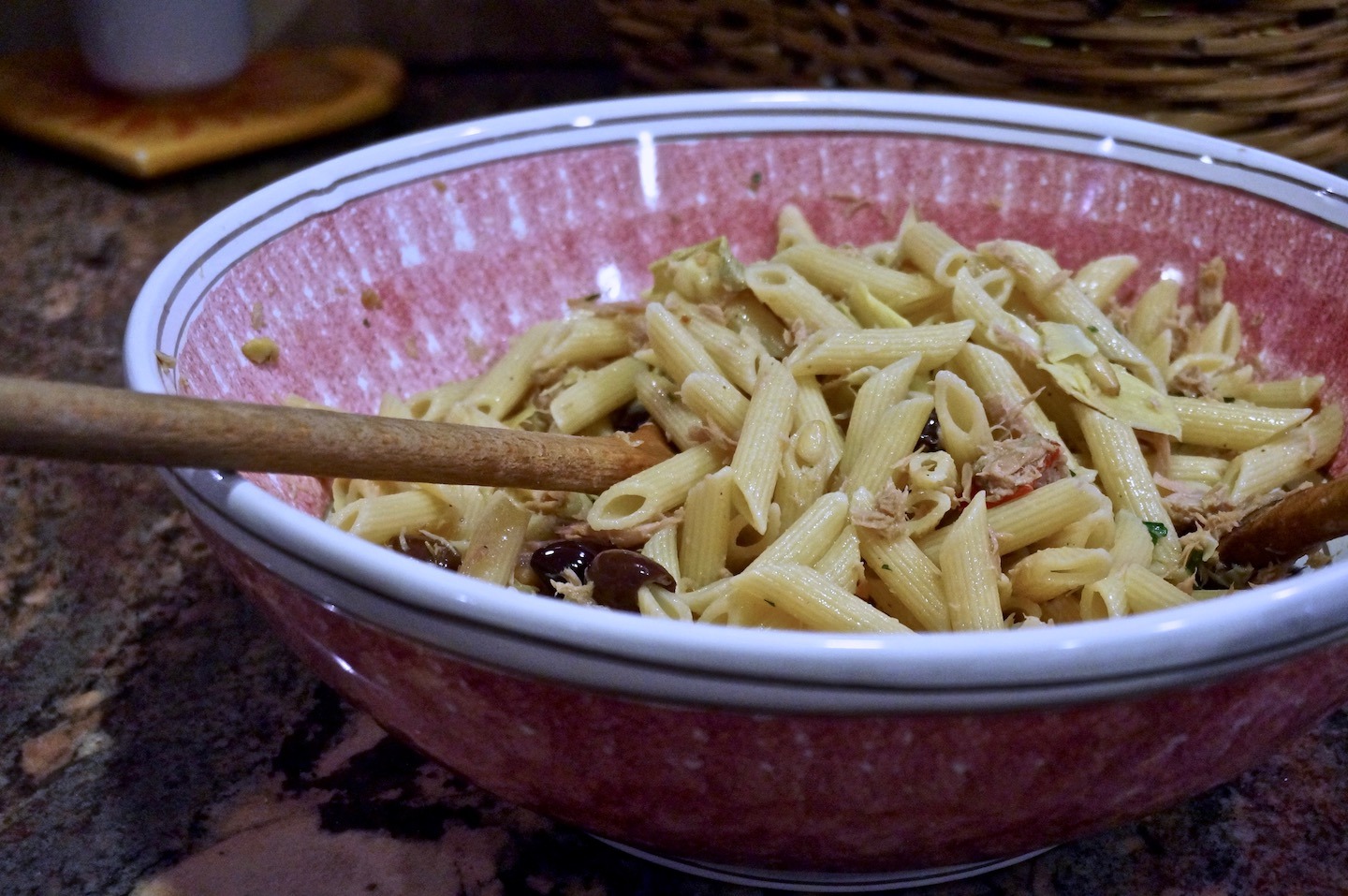 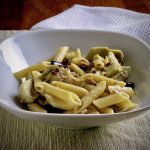