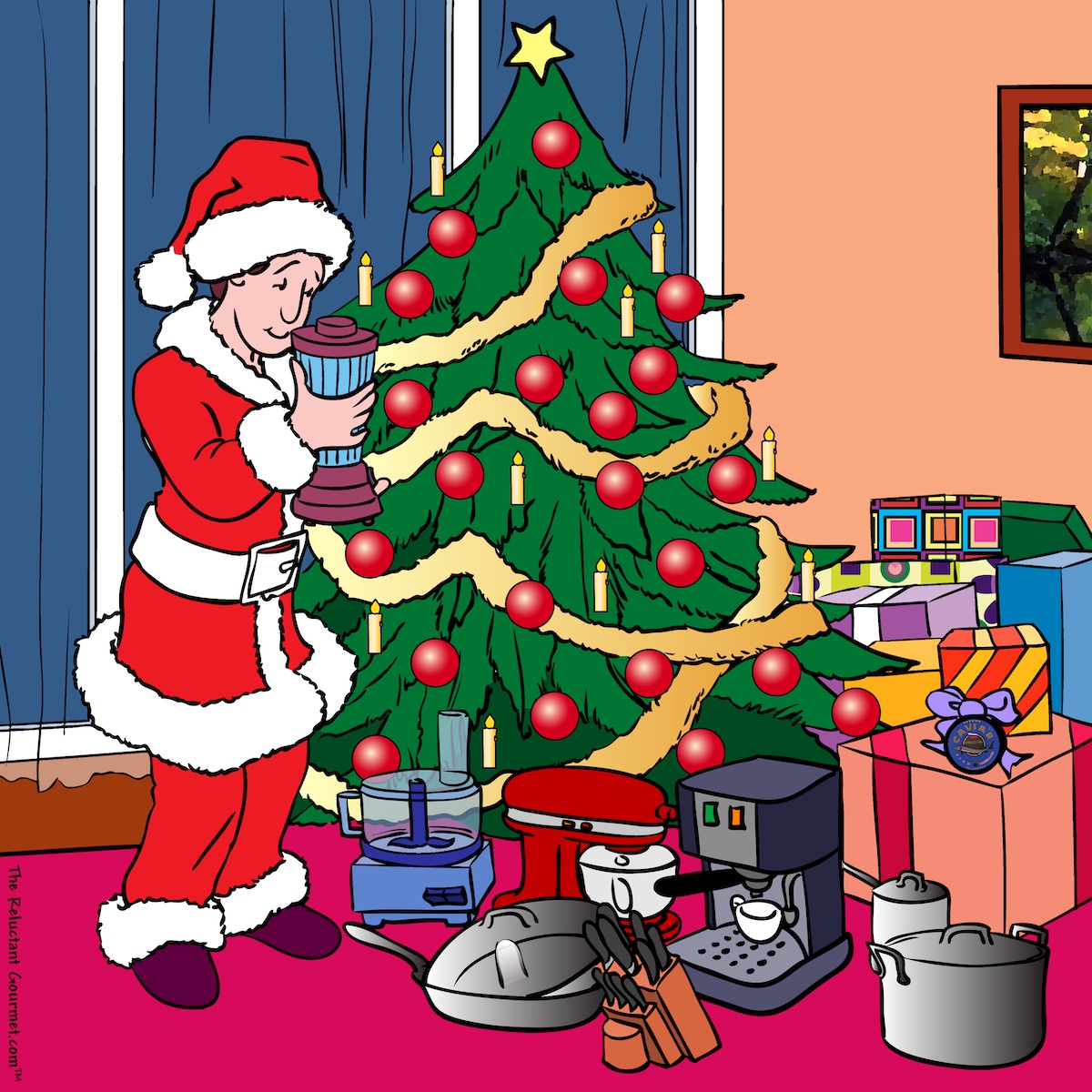 Christmas in The Reluctant Gourmet’s House

I did this cartoon years ago but never gave it a caption so I never posted it. It being holiday time, I thought I would finally post it without a caption. I welcome any captions you come up with. Let me know in my comments section below.

What’s Behind This Cartoon?

To be honest, I’m not sure what I was going for with this cartoon but looking at it now after all these years, I’ve got a couple of ideas.

It could be as a Reluctant Gourmet, these are some of the gifts I would love to see under the tree on Christmas morning. In truth, I’ve never received a haul like this but over the 25 years as the Reluctant Gourmet, I’ve received all of these kitchen appliances and even the caviar. Although I did buy many for myself, wrapped them and put a From Santa on the label.

There are some rules in our house about buying kitchen appliances and gadgets. My wife tells me I can buy whatever I want, but it means something else has to go. Why? Because we have run out of space to store them.

I test her every year since there are so many great new appliances being made each year. How can you not purchase a sous vide cooker or one of these new steam ovens. Plus there is plenty of room in the garage or basement for new equipment.

The Reluctant Gourmet in a Santa suit putting great kitchen appliances under the tree. The question is who are the gifts for? They could be for himself or how about for his wife.

The problem with this idea is another rule in our house. My wife doesn’t want any more kitchen appliances. Forget the space needed to store them, she calls them “boomerang” gifts meaning they are given to her but they are really for me.

Last Christmas was an exception. My wife drinks a lot of tea so I purchased her an electric kettle that heat the water in much less time than a kettle on the stove. She loves it and uses it every day. It even got me drinking more tea instead of coffee.

If you have an idea for a caption for this cartoon, I’d love to hear it. Post it in the comments section and share it with all my readers.