Last night I enjoyed a marvelous dinner with my wife and our next door neighbors. Bob and Barbara took us to their favorite local Italian restaurant called Frankie’s Fellini Cafe and said it would be the best Italian food in the area.

This BYOB is in a mini strip mall with an all glass front so you can see everyone inside. It’s not that big, I’m guessing maybe 20 tables.

We were greeted by Frankie himself who has been in the restaurant business since 1978 and in its current Berwyn PA location for 12 years. They make their own homemade pasta and fresh bread and Italian desserts like hand filled cannoli from scratch.

The place isn’t fancy or pretentious and the wait staff makes you feel comfortable as soon as you sit down. My kind of place. 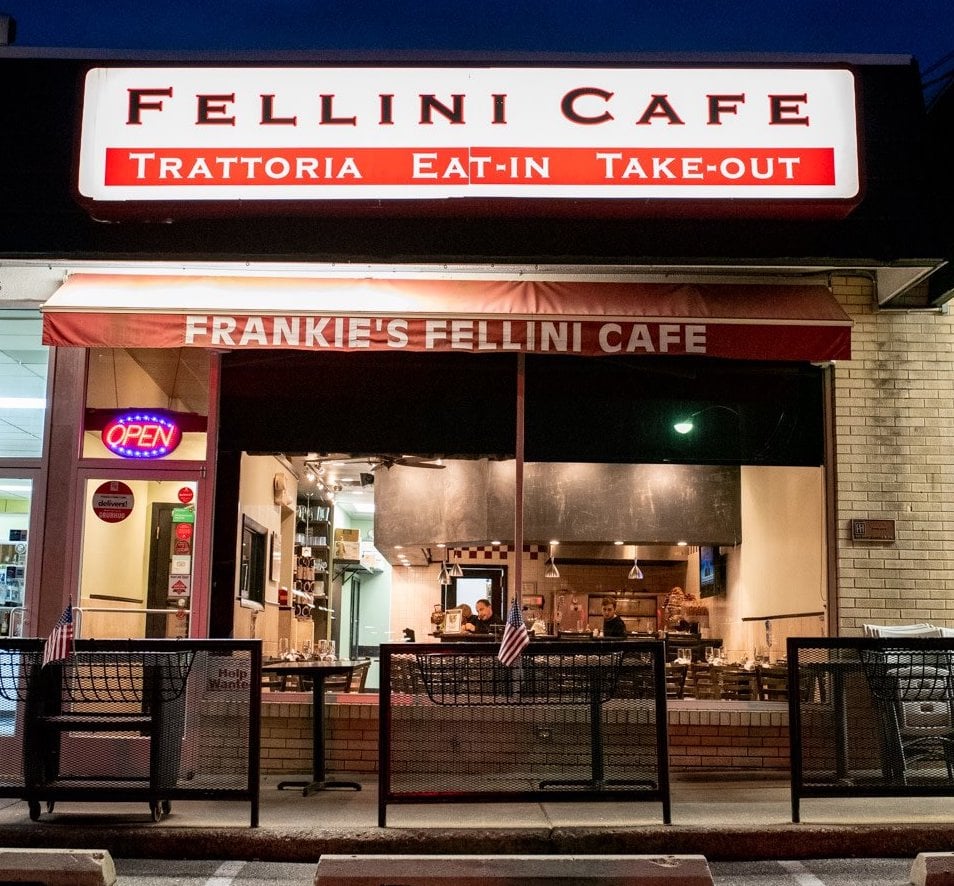 When my friend told me this would be the best Italian food ever, I felt the challenge of finding something on the menu to test his bravado.  As soon as I saw veal Francaise, I thought back to my days in New York City when I used to go to a now closed restaurant called Guido’s in the back of Supreme Macaroni.

I’ve written about Guido’s in a post about the best chicken piccata and how it was where they shot the cover for Billy Joel’s The Stranger Album. They also had the best veal Francaise ever so now I had something to compare with although it’s been over 30 years since I’ve been to Guido’s.

Also spelled Vitello Francese, this popular Italian-American dish came to New York with the flood of Italian immigrants. It is not an authentic Italian dish but one that evolved from recipes brought to the United States with those immigrants.

You are not going to see Vitello Francese or Veal Francaise on any menus when visiting Italy. You more likely will see the name “indorato” which translated means “encased in gold” referring to veal or chicken cutlets dredged in breading and fried.

I have read that veal Francaise was extremely popular in Rochester, N.Y. where there was a large population of Italian Americans. There, chicken was substituted for veal because of expense and the name shortened to Chicken French.

What is Veal Francaise?

Basically it is a dish prepared with veal cutlets dipped in egg batter and then sauteed in a sauce made with white wine, butter and lemon juice. I’m guessing there are numerous variations depending on where you live or what part of Italy the recipe you are preparing came from.

The cutlets for Veal Francaise, also know as round steak, should come from the leg of the calf and be both thin and boneless. Stay away from any cutlets coming from the calf shoulder because they won’t be as tender as from the leg because of all the connective tissue.

Both cutlets and scallopini are cut from the leg or top round but scallopini means it has been sliced very thin and then pounded to make it even thinner. Cutlets are thicker cuts and are typically about 1/4 inch thick.

What is the difference between veal piccata and Francaise?

Not much. Check out my recipe for Chicken Piccata if you want to compare but they are very similar except for one main reason.

Another slight difference is piccata adds capers to its sauce and Francaise does not.

If you frying pan is not large enough to cook all 8 veal cutlets, cook them in batches of 4. Only dredge 4 of the cutlets in the egg and flour at a time or the 4 you are not cooking will get soggy and messy.

At Frankie’s, my veal Francaise was served with a bowl of spaghetti with bolognese sauce plus some charred broccoli and sweet Italian peppers. And red wine of course. 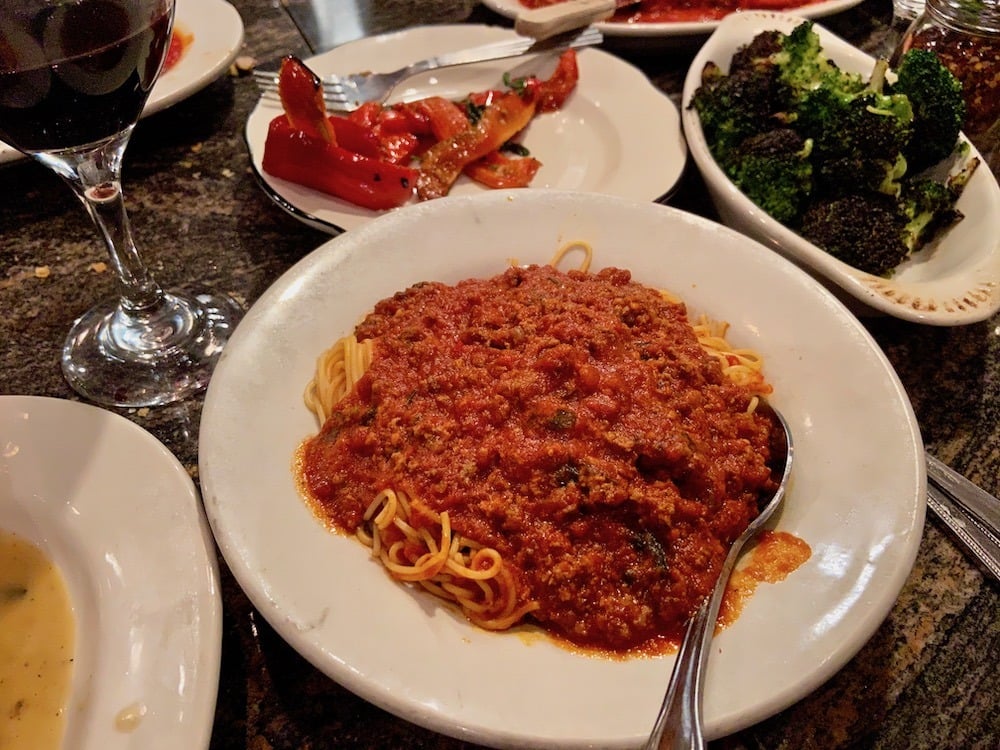