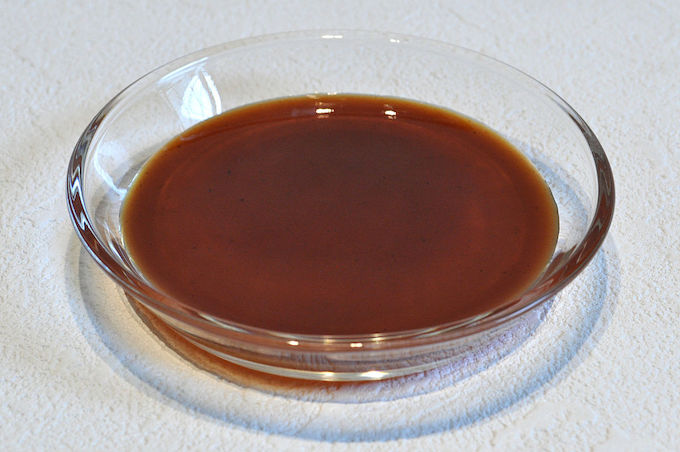 As a home cook who has never been to culinary school and has been teaching myself to cook for as long as I’ve been posting on the Internet, I am always thrilled to learn something new from my professional chef friends.

It is why I started The Reluctant Gourmet web site in the first place and as long as I continue to learn, I will keep finding new and interesting topics to write about or ask my chef friends to explain what I don’t understand.

Saying that, I am thrilled to post this enlightening post from Chef Mark R. Vogel about Worcestershire Sauce or as we call it in our family, “What’s This Here Sauce” and how he uses it in his braised brisket of beef recipe.

What I love about Mark’s recipes is the way he looks at the history either of the recipe itself or some ingredient used in the preparation.

Most of us have used Worcestershire Sauce in some dish they have prepared. Growing up there was always a bottle on the table when my mom served beef stew. When I make beef stew now and add a few drops to my plate, it takes me right back to my childhood. Funny how some foods do that to you.

The City of Worcester – England That Is

Worcester is the principal city in Worcestershire County in the West Midlands of England.  Bifurcated by the River Severn, it has a population of about 100,000.  Inhabited since at least Neolithic times, it eventually became a Roman hub of trade and manufacturing.

Worcester played a key role in the English Revolution, (1642-1651).  King Charles I was overthrown and beheaded in 1649.  His son, Charles II endeavored to wrest control back from the Parliamentarians and restore the monarchy.

That didn’t go so well.  In the Battle of Worcester in 1651, Charles II’s Cavaliers were defeated, thus marking the denouement of the English revolution.  Worcester had remained loyal to the king.  To immortalize its fealty it was proclaimed “The Faithful City”, a motto now embodied in its coat of arms.

A Little History on Worcestershire Sauce

Worcester is also the home, but not necessarily the origin of Worcestershire sauce.  Here we go with another culinary mystery, rife with alternative accounts and “depends on who you ask” explanations.

John Wheeley Lea and William Henry Perrins, a pair of successful Worcester chemists, are credited with concocting Worcestershire sauce in 1837, (other sources site 1835 or 1838).  It was commercially available to the public by the next year and obviously became a huge success.  Some sources allege that it was developed in India.

Others claim that its rudimentary recipe originated in India but was then modified and/or fabricated into Worcestershire sauce by Lea and Perrins.  Recounts of who, and under what circumstances, its building blocks were introduced to Lea and Perrins vary.

The Lea & Perrins brand, clearly the market dominator, was purchased by the H.J. Heinz Co. in 2005.  According to their label it is made from vinegar, molasses, corn syrup, anchovies, water, onions, salt, tamarind, cloves, natural flavorings and chili peppers.

The precise ratio of the ingredients, the arcane “natural flavorings,” and the specifics of how it’s made remain a secret.

What About Those Secret Ingredients?

I called Heinz and spoke to one of their media representatives and specifically queried about the nature of their “natural flavorings.”  Their lips were sealed.  They did offer however that Lea & Perrins Worcestershire sauce is still made in Worcester.

Whatever the history or the recipe, Worcestershire sauce has a distinctive and savory flavor that adds an alluring dimension to many dishes.  Worcestershire capitalizes on umami, now recognized as the fifth basic taste along with salty, bitter, sour, and sweet.  All of these tastes have specific receptor cells on the tongue.

Umami, somewhat ineffable, has been described as brothy, meaty, and/or savory.  Worcestershire is used on all kinds of meats as well as marinades, sauces, stews, Caesar salad, bloody Marys and countless other preparations.

Like chuck, it is a tougher, albeit highly flavorful cut of meat.  It is rendered succulent by braising, i.e., slow cooking in fluid for a protracted period of time.

Braised brisket is a traditional Jewish dish although it can be found in cuisines the world over.  You can purchase a whole brisket which will yield 10-15 lbs.  If you’re not feeding an army brisket also comes in its component cuts, the first cut and the front cut.

If you’re a fat-phobe opt for the leaner first cut.  If you’re more about decadence and richer flavor, go with the front cut.